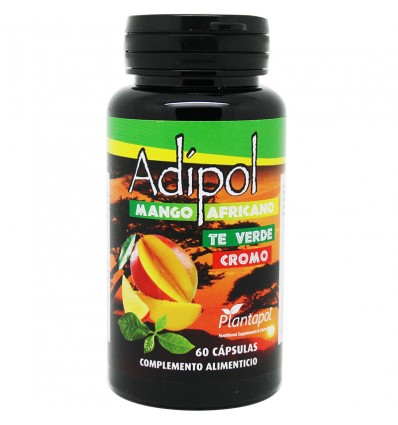 Plantapol Adipol 60 capsules with African mango extract plus green tea and chrome are an ideal complement to shape your figure thanks to a composition 100% fat burning, in a container of 60 capsules is a supplement to your diet in capsules format that makes it easier to take. 2 capsules daily dose

Plantapol Adipol 60 capsules it is a product made with the purpose of collaborating in weight loss as a result of causing an increase in metabolism and expanding energy levels, managing to reduce the feeling of fatigue.

60 capsules Plantapol Adipol it causes an increase in the oxidation of fat thus achieving its elimination from the body, collaborates in the reduction of blood glucose levels, while generating a prebiotic effect and eliminates appetite

Adipol it is a food supplement that with its frequent use favors in the effective control of the loss of body weight of the people, avoiding the anxiety to ingest sweet foods thanks to its ingredients of natural origin.

Plantapol Adipol 60 capsules it is specially made using ingredients of natural origin such as African mango and green tea, in a comfortable presentation that includes 60 capsules that help the body to improve the control of its measures.

Plantapol Adipol it collaborates efficiently in weight loss, since it manages to cause an increase in metabolism, as well as in energy levels managing to reduce the feeling of fatigue.

Adipol Plantapol it causes an increase in the oxidative process of fat generating as a result that it is naturally eliminated from the body, decreases glycemia levels, in addition to providing a prebiotic effect.

Continuous intake of Adipol Plantapol 60 capsules they generate a reduction in appetite, while providing control in the activity of leptin, which is the hormone involved in the development of weight control.

60 capsules Plantapol Adipol collaborates in weight loss as it generates an increase in metabolism, increasing energy and decreasing the feeling of fatigue.

Plantapol Adipol 60 capsules it is recommended to be ingested by people who want to decrease measures, people who are in weight loss treatments and who want to have an increase in their energy levels.

It is recommended to take 2 capsules daily of Adipol, one in the morning 30 minutes before breakfast and another in the evening half an hour before dinner with plenty of water for 10 weeks, which will lose between 5 and 7 kilos in that period of time.

In the same way, you can take 2 capsules of Plantapol Adipol in the morning before breakfast and 2 capsules in the evening 30 minutes before dinner with plenty of water for 10 weeks, you can lose between 10 and 15 kilos. 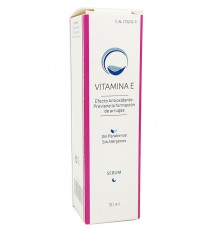