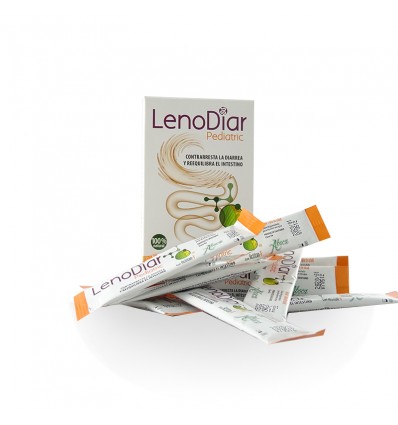 What is Lenodiar Pediatric 12 Sachets?

Pediatric Lenodiar 12 Sachets it is a food supplement specially formulated for the care of children over 1 year, since it treats diarrhea and promotes the regulation of intestinal functions.

It is presented in a box that includes 12 sachets and contains a formulation that contains a component known as Actitan-F, which is a molecular complex of natural origin that decreases diarrheal bowel movements and balances the stability of the stool.

With its use it generates an improvement in the regulation of intestinal functions, while preserving the healthy characteristics of the intestine, without generating constipation, at the same time it has a delicious flavor and does not include gluten.

What benefits does the intake of Lenodiar Pediatric 12 Sachets generate?

This supplement has been developed with a fairly safe formula, which can be used as a treatment for the reduction of diarrhea in children from 1 year of age.

It can be used as a treatment of diarrhea of different origin, either by viral cause, influenza syndromes represented by diarrhea, functional diarrhea, diarrhea as a result of drug intake, traveler's diarrhea.

It includes in its composition Actitan-F, which is a plant molecular complex that generates its results in two ways, since it takes care of the walls creating a film that provides a barrier effect that decreases contact with irritants.

At the same time it originates a strong antioxidant effect, providing as a result a fight against free radicals and the reduction of irritation of the mucosa thanks to its content of tannins and flavonoids.

How it works Pediatric Lenodiar 12 Sachets?

This pediatric supplement has been developed based on Actitan-F, which is a plant molecular complex that reduces diarrheal bowel movements and favors the balance of stool consistency, resulting in an improvement in the regulation of intestinal functions

Its formulation has been designed so that its components generate an effective synergy of their actions, while intervening in the repair of intestinal function and the balance of bacterial flora or microbiota.

As a result of its mechanism of action, it works preserving the physiological particularities of the intestine, without generating constipation.

What are the features of Pediatric Lenodiar 12 Sachets?

Pediatric Lenodiar 12 Sachets it is a supplement made as a result of a mixture of functional substances, among which is actitan-F to generate a decrease in diarrheal bowel movements and an improvement in stool consistency. 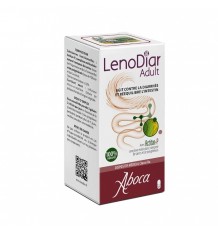