The bad smell in the mouth is unpleasant and annoying, to turn to the person who suffers as to establish social bonds, because that can cause discomfort when you start a conversation face-to-face with another person.

Thus creating a strong blow to the self-esteem of the person who suffers from it, because of this it is essential to emphasize that the bad breath is caused by dental diseases such as caries or periodontitis.

It is important to keep a control on the odor produced in the mouth since it is not a problem that you simply need to let go and do not look for solutions. 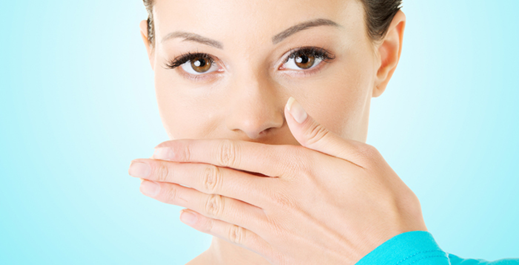 Bad breath is generated from the appearance of bacteria in the mouth area and on the surface of the tongue, as these begin to break down, generating volatile compounds containing (CVS), which are the focus of all the annoying odor and foul-smelling.

This is a dilemma that remains common and widespread in the population, according to studies it is known that approximately 30% of the adult population suffers from halitosis.

You should take into account that a large number of those people are not aware that they suffer due to your sense of smell has been adapted to the smell.

The causes of the bad breath are numerous, although they can be grouped in two rows on the basis of their origin, there is the intraoral, which is produced by the mouth, or the origin of extraoral that can be generated in other areas of the body such as the respiratory tract or stomach.

It is known that in a large number of cases the bad smell in the mouth is generated of the form intraoral and due to the following causes:

Not to possess a routine of brushing leads to the multiplication of the bacteria in the mouth and on the tongue which generates the decomposition of bacteria, thus creating the appearance of unpleasant odors.

Now the ones that are generated outside of the mouth, that is to say the extraoral:

Among these foods include onions, broccoli, sprouts brúcela, pickles, alcohol, and coffee.

Once you know the different causes of the production of the odor, you must indicate the possible solutions to treat it, and exterminating.

So you eliminate smoking and reducing alcohol intake are the procedures more effective that can be applied as a treatment.