Cereals are plants that belong to the group of poaceas of which are used by its grains. There are various types of cereals, for example wheat, rice, corn, rye, oats, among others.

Some of these cereals have a protein called gluten, such as wheat, barley and rye) that affects a certain number of people, causing adverse reactions, such as inflammation, diarrhea, nausea, gas, constipation, fatigue, headache, among others.

Currently there is a large supply of these products to adults as well as gluten-free cereals for babies in the stage of introduction to non-dairy foods. 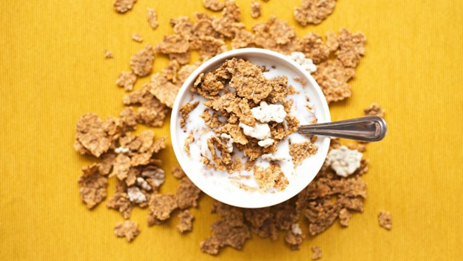 What cereals are not gluten-free

There is a greater amount of cereals that do not have gluten , whether in grain, bran, or snowflake, the most common are:

The gluten-free cereals for babies are used as the first food that is incorporated into the child's diet is different to the milk. At the time of the baby you start taking them, you will see that you will be satiated after each shot.

The gluten-free cereals for babies offer a variety of presentations with different nutritional benefits that help the baby in the process begin to take cereal and they will provide you with vitamins, minerals and carbohydrates needed for growth.

It is important that it is the pediatrician who indicate when to start feeding the child with the gluten-free cerealsand this will be approximately between 17 weeks and 24 weeks.

When the pediatrician says that it can begin to give cereals to the baby can feed porridge of rice, corn, soy, tapioca, in the proportion to which this indicates

The gluten-free cereals with high nutritional value as they are reinforced with a variety of vitamins, especially the B group, minerals, essential fatty acids, proteins.

At the time that the baby begins to make the gluten-free cerealswill be able to observe that you will be satiated after each shot.

For these reasons it is recommended to begin with the gluten-free grainsand then a time to continue his power with those who are gluten, always following the indicciones granted by the pediatrician of the baby.

It's not just people with celiac disease can eat cereals without gluten, so listed below are some benefits of eating them:

Some people seek to make a gluten-free diet without having to take into account some disadvantages that you may have, such as, for example:

Oatmeal is naturally a food free of gluten, in addition, is found from the year 2009 in the list issued by the European Union for foods that are free of this protein.

Although it is important to mention that, it has some features that make it unsafe for celiacs as it is to contain proteins which are virtually identical.

We can say that 1% of people with celiac disease can't eat oats by their prolamins, since you have a strong resemblance to the molecular structure of wheat, barley or rye, with a polypeptide chain very similar to wheat.

At the time of eating this cereal is very important to verify if it is certified as a cereal gluten-free, to prevent any discomfort or problem.